2/3 of Canada is Now Powered by Renewable Energy 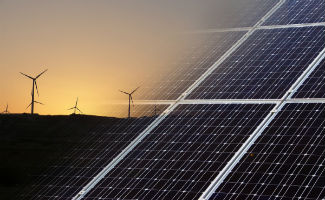 In a recent report from the National Energy Board (NEB), Canada’s overall energy profile was broken down by fuel type, and province highlighting notable growth trends and emissions statistics.

Canada now generates 65% of its energy from Renewable sources and ranks fourth in the world in renewable power generation.

The seemingly minuscule numbers for non-hydro renewables should not be discounted though.  The growth trends in each wind, biomass and solar energy are encouraging.

Wind energy is generated from large blades turning from natural wind passing through them.  The blades rotate a shaft, which is connected to a generator which produces usable energy.

Solar energy is generated from photovoltaic modules (solar panels).  Light passes through the cells which are typically made of silicon wafers that are chemically treated, which creates electric energy.  This energy is converted from DC to AC through an inverter to be used in residential and commercial applications.

Both wind and solar have seen dramatic increases in the past 15 years.

Although there is much to be said about Canada’s favourable renewable energy profile, electricity generation still accounts for 11% of Canada’s overall emissions as of 2014.

Of that 11%, 57% came from Alberta, and 18% came from Saskatchewan which still utilize coal and natural gas as the primary fuel sources for electricity generation.

If Alberta alone were to eliminate combustible fuels, it would drop Canada’s GHG emissions by ~6%.  Alberta’s emissions are a major culprit for Canada’s overall GHG profile.  While there are many advantages and disadvantages to solar power, implementing renewable energy will help all Canadians.

Overall emissions from electricity generation have dropped by ~40% in the 10-year time-frame that was studied.  The primary cause of this reduction was Ontario phasing out coal fired electricity and replacing it with nuclear, LNG, wind and solar power.

All signs point to Canada’s continued leadership in renewable energy.  Federal legislations are in place to incentive renewable energy, such as the Carbon tax which is set to be implemented across Canada in 2018.

Many provincial legislations are already in place to continue the renewable energy growth trend.  The two largest emitters of C02 from electricity generation, Alberta and Saskatchewan, have both taken the initial steps to a cleaner future.

Alberta has committed to 30% renewables by 2030 and Saskatchewan has committed to 50% renewables by 2030.  Alberta also implemented a carbon levy as of January 1, 2017 as part of its forward-thinking climate leadership plan. Alberta is on pace to achieve its goals based on wind and solar power growth trends.  Since 2008, installed solar power capacity in Alberta has grown by 92% per year.

Additionally, multiple utility-scale solar farms are in the Alberta Electric Systems Operator’s (AESO) queue which are expected to be installed over the next three years.

The cost of solar panels still remains the primary hindrance to broad-based adoption of the technology although costs are steadily decreasing every year as innovation and competition drives the industry forward. Wind and solar power in Alberta and Saskatchewan are expected to continue their growth patterns, drastically reducing Canada’s emissions and solidifying our role as a clean energy leader in the world.