The Price of Electricity is Going Up

The price of electricity has fluctuated in a 500% range over the past 20 years. Where is it going from here? 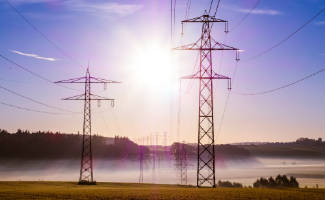 Electricity is a necessity of modern life, but it comes at a price.  From a financial perspective, the price of electrical energy has varied immensely over the past 30 years, swinging from $0.03/kWh to $0.16/kWh.  Beyond the dollars and cents, the price volatility brings great uncertainty which can make budgeting and planning extremely difficult.

Though this volatility seems irrational and unpredictable, there are methods and resources to make educated inferences regarding the future price of electricity.

First, a general overview on the energy market in Alberta.

The electricity market in Alberta is deregulated, meaning one can purchase electrical energy from a wide range of private retailers.  In a regulated market, one would purchase electricity from a crown corporation retailer such as BC Hydro.  Energy is sold by generators at prices set by the given demand in Alberta.  The Alberta Electric Systems Operator (AESO) plans operates and plans Alberta’s electricity grid and wholesale markets.  As a non-profit organization, the AESO operates the electricity markets for the public interest of all Albertans.

Energy retailers purchase this energy and sell it to an end user through Wire Service Providers (WSPs) who operate in fixed regions of Alberta; EPCOR services Edmonton, Enmax services Calgary, Fortis services much of central Alberta and ATCO services much of Northern Alberta.  WSP can also be energy retailers – one may purchase energy from EPCOR Energy (the retailer) who uses Epcor Distribution & Transmission (the WSP) to transmit the energy.

This is a brief overview, what counts is how much people pay every month.

Energy prices are cited as a dollar value per unit of energy such as $/kWh or $/MWh.  Over the past 30 years the price structure of electricity has evolved with the energy markets.  The price of electricity was once a single value, but upon the market deregulation around 2001, the price structure included delivery charges and energy charges as are commonly seen today.

The difference is minor, but important.

The price of electrical energy in Edmonton has fluctuated from $0.045/kWh in 1988 up to $0.07/kWh in 2000.  Upon market deregulation, wild volatility ensued which launched prices up to $0.18/kWh then back down to $0.08/kWh in a matter of months.  Over the next 18 years continuous volatility saturated the market as power plants were decommissioned, and the transmission system expanded.

In recent years, new generating facilities have been commissioned, dropping the price of energy to record lows around $0.03/kWh. Such prices are unsustainably low.

The prices cited are tabulated from Howell-Mayhew Engineering and relevant for Edmonton only, although parallels can be drawn throughout other Alberta regions.

It is not as simple as drawing a trendline on the above graph to see where the price of electricity will go over the next 15-30 years.  One must account for new legislation in place as well as lifetime schedules of current generators.

The Government of Alberta (GoA) has mandated 30% of energy to come from renewable sources by 2030.  Simultaneously, the GoA has also mandated that 6/18 of the current coal-fired generating units will be decommissioned ahead of schedule, by 2030.  The other 12/18 were already scheduled to retire by the 2030 date prior to any GoA goals.

As generating facilities retire and new facilities are commissioned, the supply-demand of the market will dictate the current price.  If the supply greatly outweighs the demand, prices may decrease as is evident the past 2 years.  If demand outweighs the supply, the price of electricity may increase.

To retire coal plants, many will transition to natural gas generating facilities.  How the transition will affect energy prices remains unclear, however, the AESO has provided a long-term outlook to quell some uncertainty. The graph below shows the AESO’s predictions for the price of energy over the next 15 years.  It is estimated that energy prices will rise from approximately $0.04/kWh to $0.11/kWh in 15 years or ~6.1% per year.  If this trend continues, Alberta could end up paying approximately $0.18/kWh by 2042.

Relative to other provinces, Alberta’s energy rates are still very low.  BC Hyrdo currently charges $0.086/kWh up to 1,350kWh and $0.13/kWh after that.  SaskPower is even higher than BC Hydro, charging $0.14/kWh as of March 1, 2018.  With the relativity of energy rates in mind, it is not unfathomable to expect similar rates to hit Alberta over the next 15 to 20 years.

What does this mean for your electricity bill?  It is highly likely to increase over the next 15+ years.

By how much remains uncertain, but the AESO’s estimate of approximately 6% increase per year over the next 15 years is likely in the ball park.

What Can We Do About It?

If prices go up as predicted by the AESO there are a few options for the average homeowner.

1.       Don’t pay for electricity (will require generators and lots of sweaters – not a good option)

3.       Own your energy by installing solar panels

Solar power protects consumers from price volatility by securing one set rate for electrical energy over the next 25 years.  The upfront cost can be mitigated or eliminated through system financing allowing average homeowner to generate clean, affordable energy.

Electricity is a need for most Albertans and electricity rates from retailers are beyond the control of most homeowners.

Installing solar panels in Alberta has never been more affordable thanks to market price decreases as well as $0 down system financing.  As the price of energy increases over time, so does your savings.  The average homeowner will get their money back in approximately 15 years providing clean energy profits for the remaining system life (which is warrantied at 25 years).

You can’t control the price of electricity or the free market energy rates.  What you can do is choose how you will adapt to the evolving economic environments.