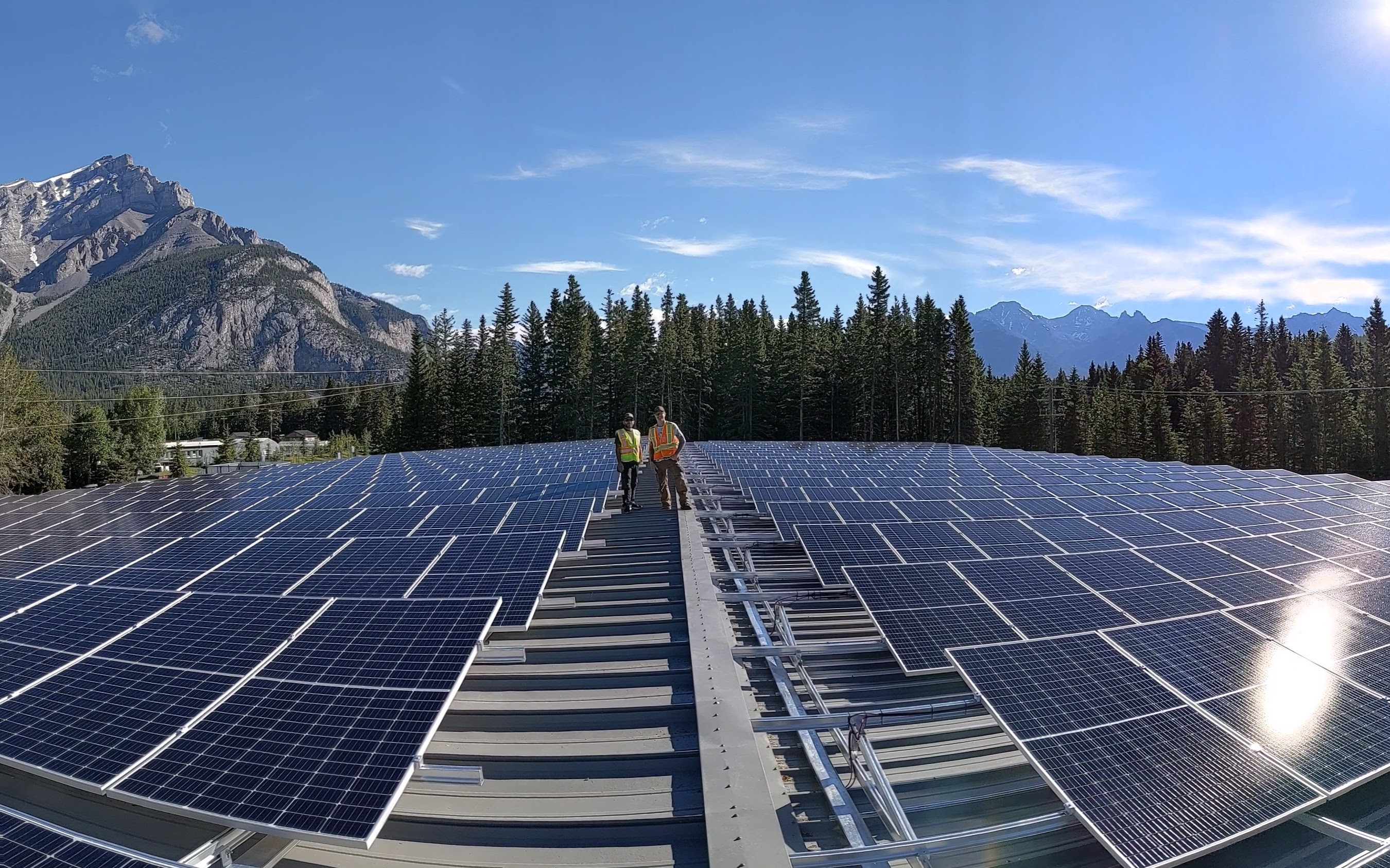 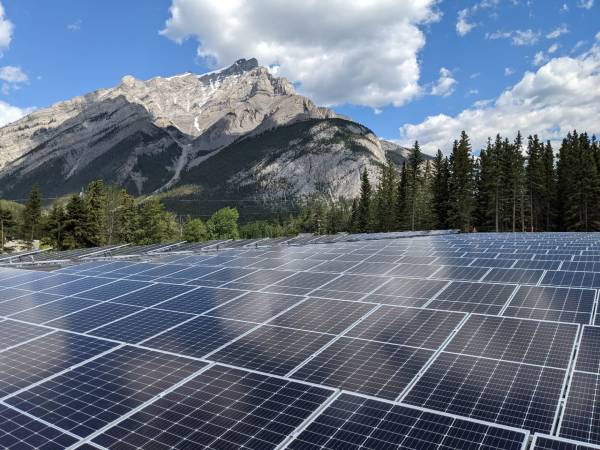 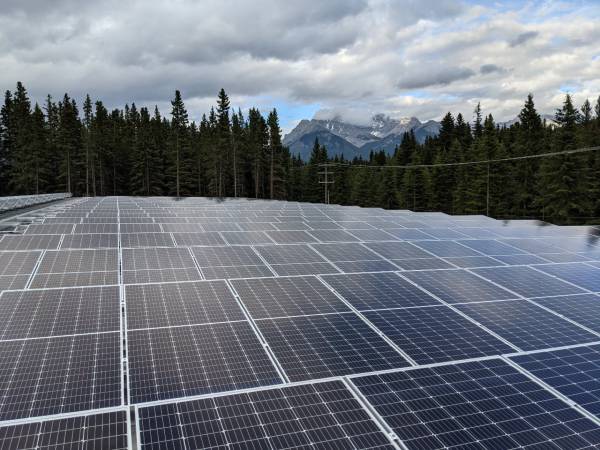 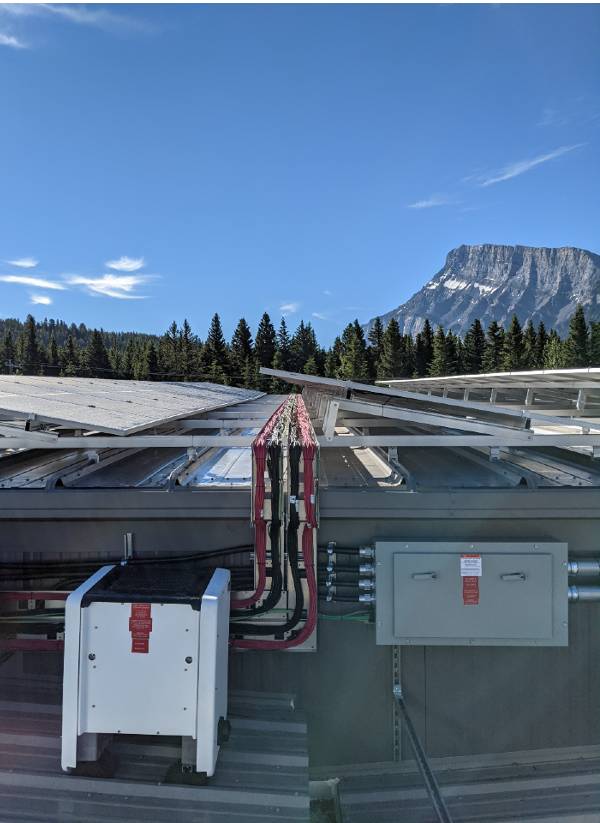 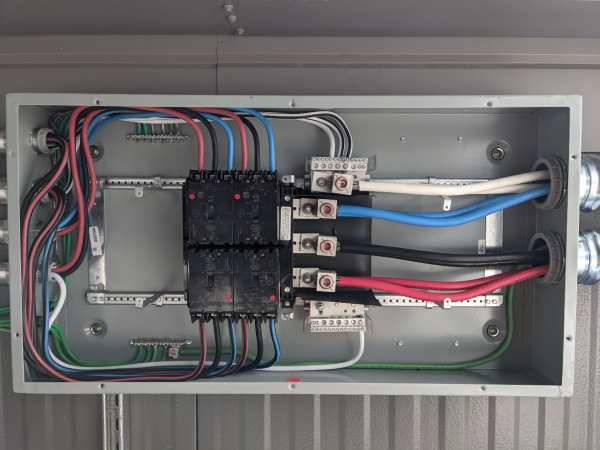 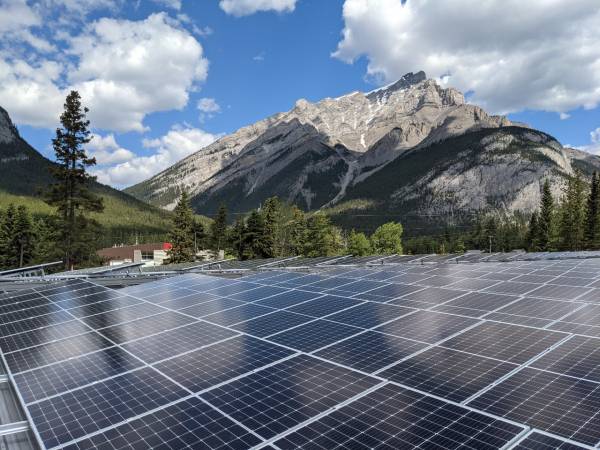 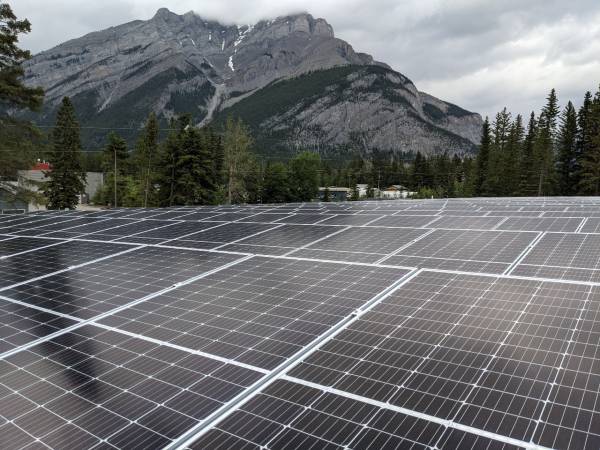 When the Town of Banff decided to build a new garage/transit facility for their fleet of electric busses, they issued a public Request for Proposals which Kuby Energy earned above dozens of other top solar companies. The nearly 700 panels solar array was executed on time and on budget in the middle of the Covid 19 pandemic despite health and safety challenges as well as extreme supply chain challenges.

The array is tilted up at fixed angle oriented as close as possible to due south given the building orientation. Great care was taken to optimize the circuit configuration which was executed flawlessly by Kuby Energy's installation team. This is one of many commercial solar power systems that Kuby Energy has executed since inception.

Few work sites are as stunning as this backdrop in Banff, Alberta. Kuby Energy's offices in both Edmonton and Kamloops supported this installation. Having inter-provincial support was key to overcoming logistical challenges associated with such a large solar power system.

Kuby Energy was very proud to complete this project in full directly for the client, the Town of Banff.