A glossary of terms and definitions relating to solar power systems. 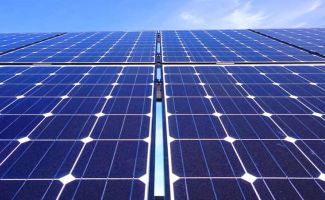 Power and energy are closely related, but are note the same thing.  Solar power is the  rate at which work is being done or energy is transmitted, whereas solar energy is the capacity to do work.  Energy can also be thought of as the amount of power over time.  The units of each term show this relation.

A kWh is a unit of energy.  This is the unit which we see on our monthly electrical bill.  For example, one 60W light bulb running for 10 hours will use 0.60kWh of energy (600Wh).

Photovoltaic devices turn light energy into usable electricity.  Solar panels are an example of a PV device.  Most solar panels are made from silicon, a material which is derived from sand.  Silicon is naturally photovoltaic, and is engineered to improve its capabilities.

Inverters are a device which converts the electricity from DC to AC.  Solar panels will produce direct current (DC) electricity, but homes and businesses run off alternating current (AC) electricity (typically 120/240V for homes or 120/208V for businesses).  The inverter plays a key role in the solar power system as it turns the electricity into a usable form for you.  To learn more on inverters, including the differences between string inverters and micro inverters, click here.