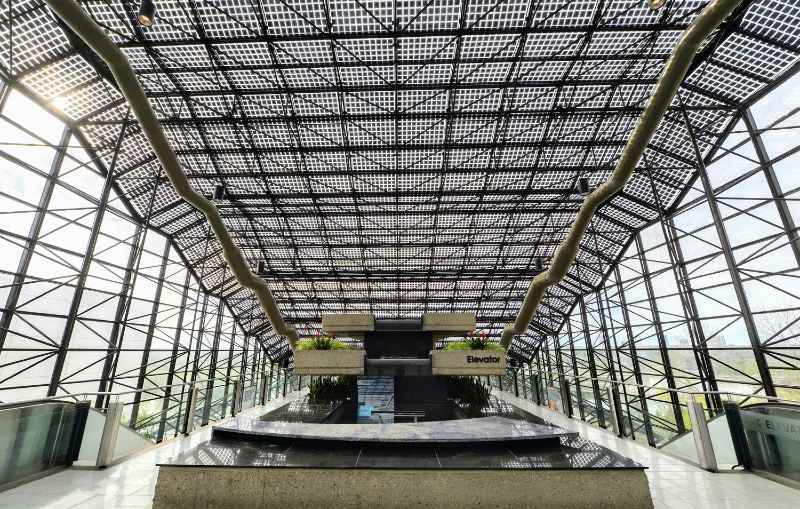 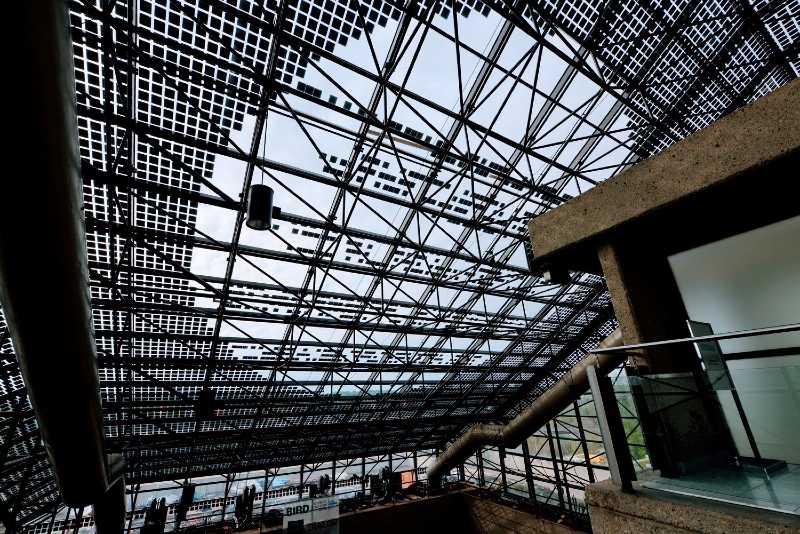 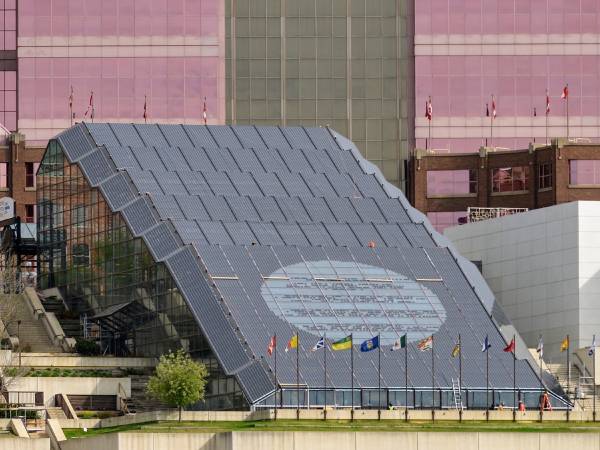 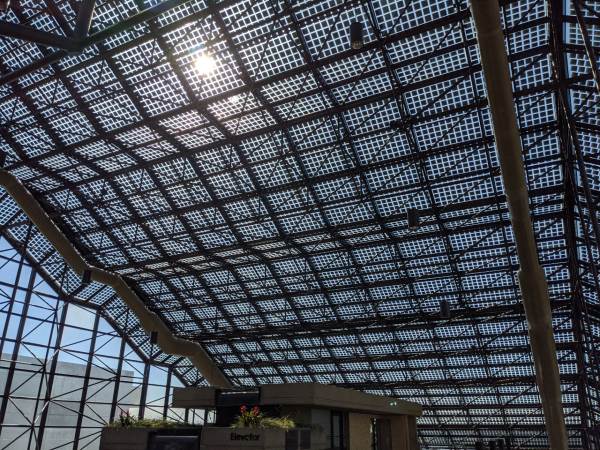 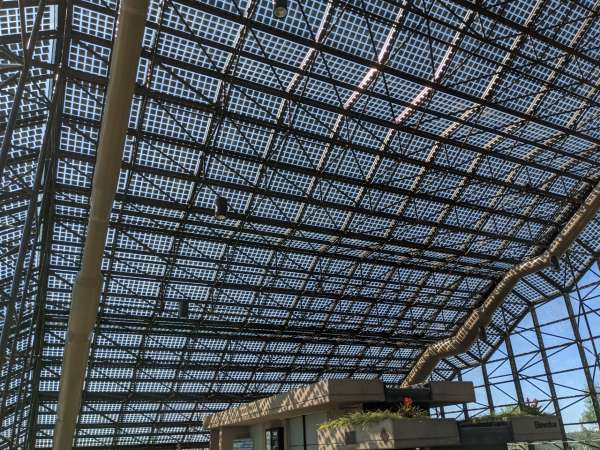 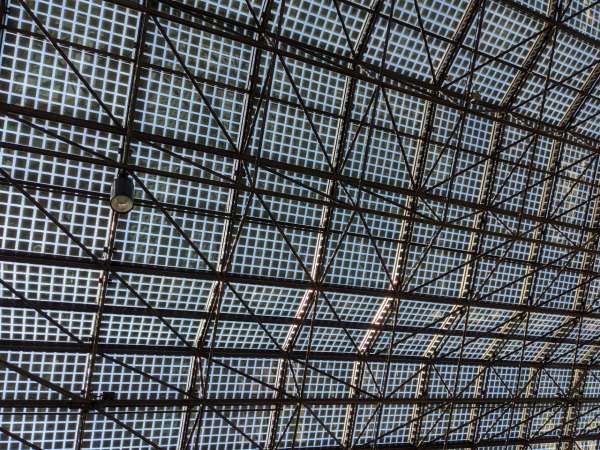 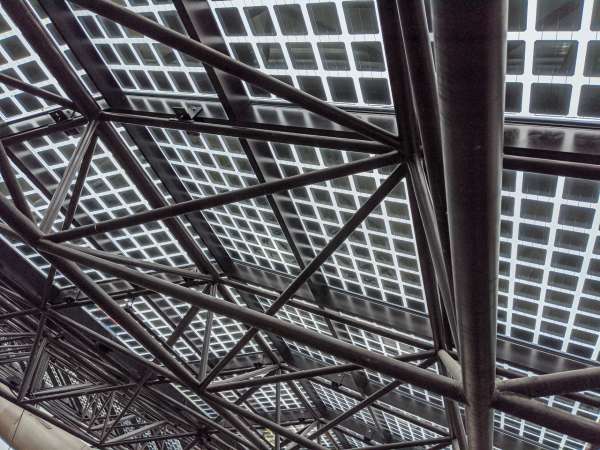 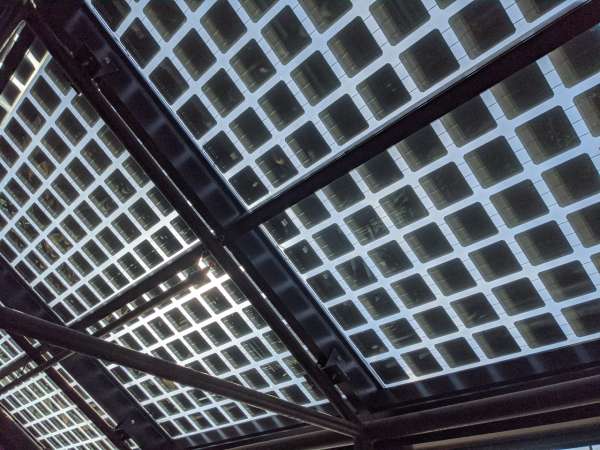 The iconic multi-leveled atrium sloping down the Edmonton river valley is now a landmark of sustainability. The solar power system is one of the most difficult projects to execute and most beautiful projects in Canada.

The crystalline glass will not only generate solar energy, but also allow more light to enter the building, even with the solar cells blocking a portion of the available area. This is a testament to the latest improvements in solar power technology from when ECC was first constructed.

Within the largest sloped surface is a poem spelled out in morse code with solar cells. The poem by former Edmonton poet laureate, E.D. Blodgett reads:

where a river wells up

Uncoiling from the ice

where snug beside the land

It lay dreaming at

our feet in quiet sleet.

BIPV is a special class of solar power system where the solar glass forms part of the building's envelope.

This is often achieved by using transparent glass with solar cells embedded within the panes. These are not standard solar modules, but are PV integrated glazing units (IGU's).

BIPV is also achieved by using amorphous silicon glass. This glass does not have any solar cells and looks like a normal piece of glass - except it generates electricity.

Above images were provided by DIALOG Design.