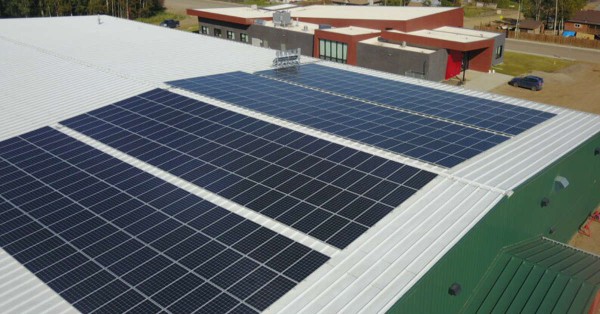 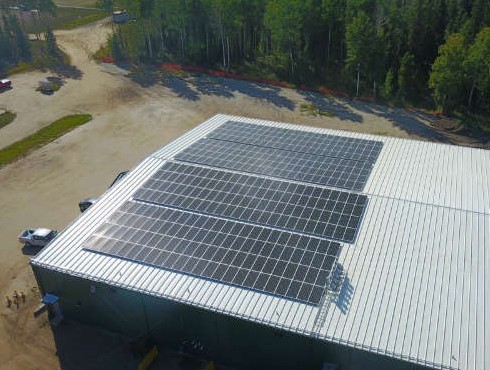 Fort McKay First Nation installed a magnificent solar array on their recent Arena expansion, a shining light on their leadership as a Nation and stewards of the land. The array is 155kW in capacity and will product approximately 150,000kWh/yr for each of the next 30 years.

The array was flush mounted to the roof to increase the capacity on the allowable areas of the roof which were limited to the south portion only. The uniform system is tied into a combination of string inverters reducing the potential for future O&M issues associated with hundreds of optimizer devices. Although the solar panels are flush mounted at a low tilt, the effects of snow on the solar panels will not be as great as one might think.

Fort McKay First Nation is one of many indigenous communities leading by example with renewable energy projects.

Kuby Energy completed the project in cooperation with the General Contractor, Clark Builders, and the Engineer, ATCO.