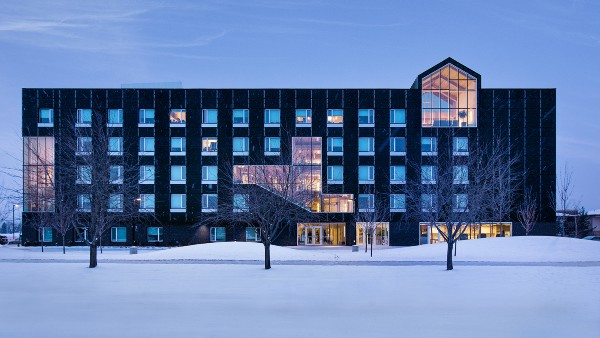 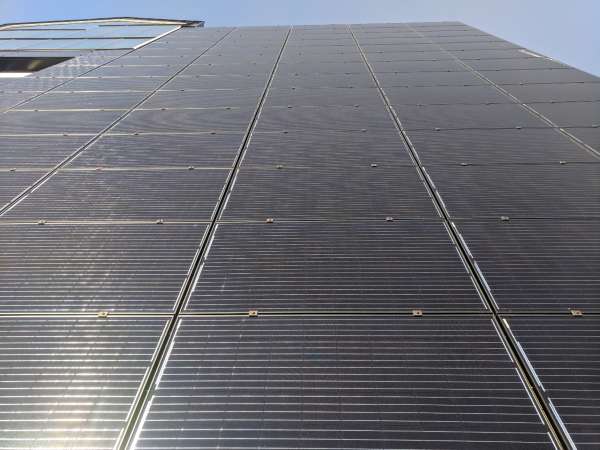 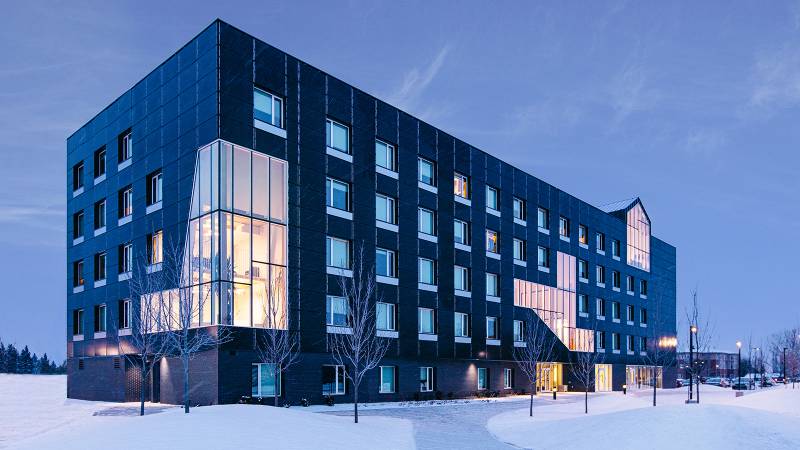 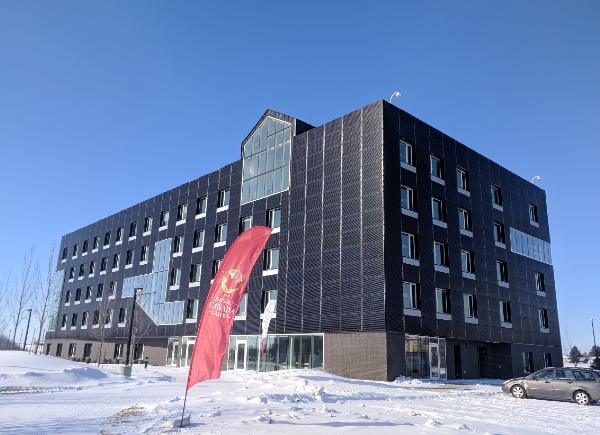 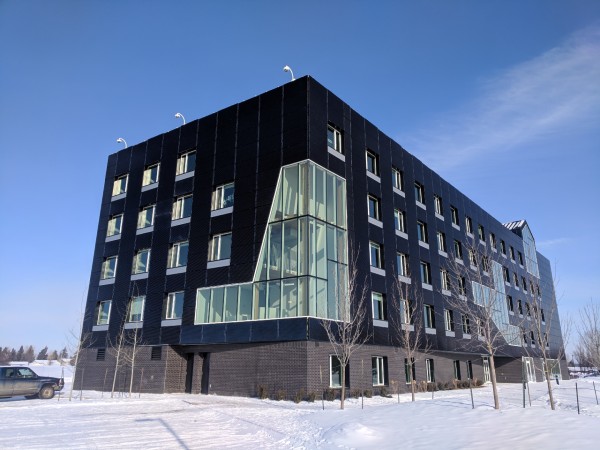 This system forms part of the Red Deer College solar array, but deserves special mention due to its complexity and beauty.

The solar array on the Residence Building uses Building Integrated Photovoltaic (BIPV) technology. The solar panels on this building form part of the exterior envelope of the building by coating the East, South, and West vertical walls of the structure. The total system is comprised of 545 functioning solar panels as well as several dozen custom cut pieces of non-functioning solar glass so all parts look uniform.

The functioning and non-functioning solar glass were precisely fit around dozens of windows and several large curtain wall features. Kuby Energy had to execute this project with mm-level precision.

The Residence is one of 7 different buildings/areas that have solar panels at Red Deer Polytechnic (formerly Red Deer College).

Harris Game Centre is the largest of the system's sub-arrays with 2502 solar panels and over 1,000kW of installed solar capacity over three large roof. Connecting the Harris Game Centre to the adjacent buildings to the east is a custom-built pedway spanning nearly 500' and capped with 276 bifacial solar modules. The bifacial modules have a clear glass backing which allows light to pass through. Two existing buildings for the Carpentry and Automotive wings of RDC received an additional 789 solar panels.

Kuby Energy was very proud to complete this project for the General Contractor, Clark Builders, and the system Engineer & Commissioning team, ATCO. Stunning photos of the Residence building were taken by Cooper & O'Hara. The architect behind the project was Reimagine (formerly Manasc Isaac)