When Will 100% of Electricity come from Renewable Energy?

Ever wondered how much renewable energy it would take to power all of Canada? We have too... 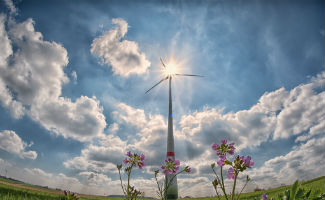 Many steps are required in order for wind, bio fuel and solar power to dominate as fossil fuels currently do.  The first step is to set a goal of being powered by 100% renewable energy.  Many jurisdictions, provinces, and countries set goals that are too small with only a minor (an inadequate) percentage of their grid to be powered by wind and solar energy.

A few weeks ago we investigated how much solar energy is required to power Alberta, but this will take it one step further and apply it to all of Canada.

After all, the goal of the renewable energy industry is to provide 100% of the energy demand from renewable sources.  But exactly how much is that?

To answer the main questions, we need to make some baseline assumptions:

1.       How much energy comes from renewable sources already?

How much energy generated is already renewable?

How much energy will we need in the future

The recent Canadian growth since 2002 mirrors the global average growth rates of 35% to 50%.

To err on the side of caution we will assume that solar growth rates will slow drastically to an average of 10% to 15%/yr as capacity increases to levels capable of generating substantial portions of Canada’s electricity demand.  Using the two conservative values, it is evident that renewable energy growth in Canada is on pace to provide 100% of Canada’s profile by 2031 assuming moderate growth rates and by 2041 assuming conservative growth rates.

By extrapolating the current electricity demand and comparing that to expected renewable energy growth scenario’s we can clearly see when Canada can generate 100% of its energy from renewable sources.

But wait, what if…

…What if hydro is excluded from the ‘renewable energy’ category?  Hydro is included here because it is low-emission fuel relative to coal and natural gas.  Although many will argue that it should not be included, it is included here as it is a viable means of generating clean energy until better solutions present themselves.  If hydro was not included in the mix, it will be several more decades before wind, biofuel and solar power can generate enough energy to power Canada.

…What if we use more energy than predicted here?  If Canada’s electricity demand increases at a faster rate than 1%/yr, then the point of generating 100% renewable energy will be pushed back approximately 10 years for every 1% increase in demand/year.

…What if renewable energy generation increases faster than expected?  If this (awesome) case were to happen, then it would equate to more affordable energy prices across the country, less development of high-emission fuel sources, and more revenue from exported energy.  To match renewable energy growth, energy storage technology such as the Tesla Powerwall2 and Powerpack must become more prevalent to help the intermittency of wind and solar power.

The renewable energy industry has made drastic progressions in the last decade.  What was once thought of as ‘alternative’ energy is quickly becoming the mainstream.

New innovations, new entrepreneurs, and new social advocacy is propelling the solar power growth in Canada beyond what was thought possible just a few decades ago.