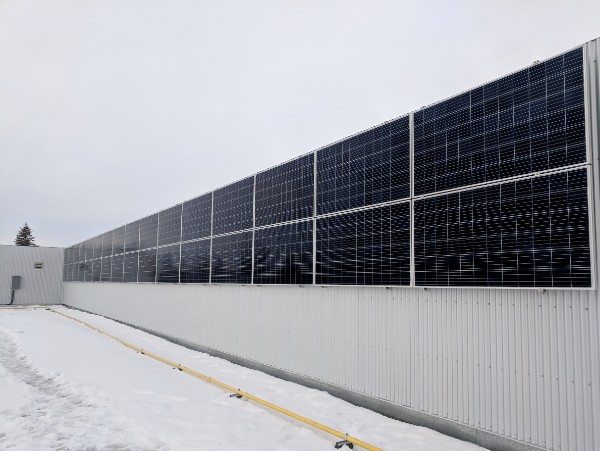 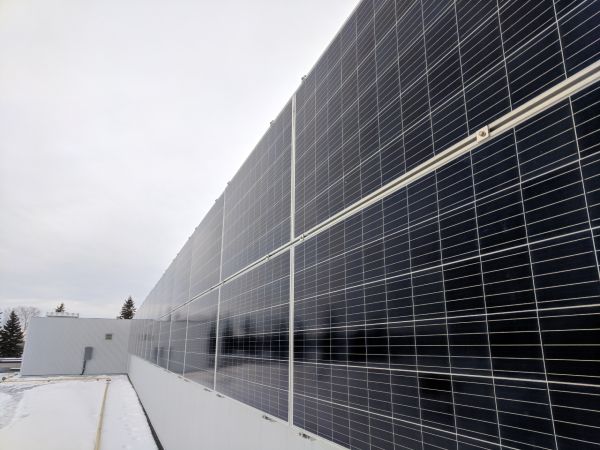 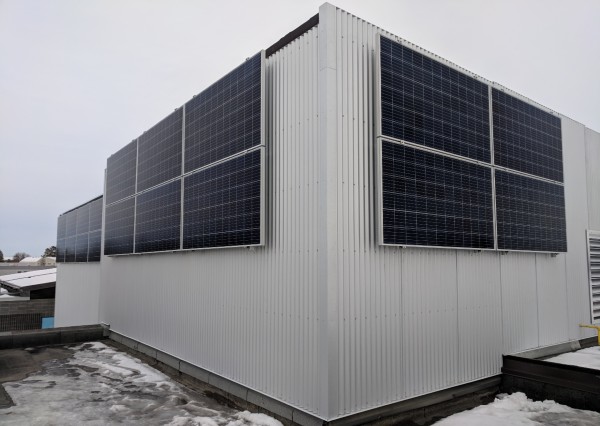 The commercial/institutional solar array on the Caernarvon school is comprised of 52 solar panels mounted vertically on 4 exterior walls facings South and West. The array does not form part of the envelope so it is not considered a BIPV Solar array, but it does complement the exterior faces beautifully.

Vertical solar panels have several benefits: they allow otherwise unused wall space to generate clean energy and reduce operating costs, they will generate very well in the winter when the sun is lowest in the sky and they don't collect any snow!

Beyond the environmental and financial benefits of solar power, solar on schools plays a vital role is visualizing clean energy for the next generation. The viability of a technology is aided by the availability of it in one's life.

The Caernarvon School solar project was supported by the Solar for Schools incentive program and will be providing clean energy for the next 30 years.

Kuby Energy is very proud to have completed this project with Jen-Col Construction, and ReLumen Engineering.